Skip to content
“Fogs and clouds which conceal the overshadowing mountains lend the breadth of the plains to mountain vales. Even the small-feature’d country acquires some grandeur in stormy weather when clouds are seen drifting between the beholder and the neighboring hills” – Henry David Thoreau

It’s been a weird winter in Vancouver, and by weird I mean it’s been remarkably dry. There has been little rain overhead, and everyone is missing snow in the mountains. In a move to get me away from my computer, I have been spending more time walking with my camera and despite the lack of snow above, the lack of rain has made it a lot easier to be outside. I write this, ironically enough, having replaced my mobile phone two weeks ago after a long hike at Buntzen Lake on an outrageously wet day.
It’s been super foggy in Vancouver over the past couple of weeks and I took the opportunity this past weekend to get out to see if I could capture some of the more moody atmosphere in the low hanging fog. The truth is I never, or rarely ever, shoot this way. Over the past couple of years I have been so focused on client work, and finding client work that I haven’t spent much time shooting just for the fun of it. Over the last few weeks, however, I have been having a blast getting out to shoot for myself and I have been producing photos that are a departure from my norm. This is one of the many understated values of pursuing personal work; it provides an opportunity to see things differently without the risk of screwing up something intended for a client. That said, I don’t typically shoot landscapes for clients, but I have been enjoying the opportunity to seek images different than others in my archive.
A couple of things have contributed to this change in approach. The first being Instagram which I have taken to as a tool to keep me thinking in frames even when I am not shooting, and the other is using a Fuji XF1, a Point & Shoot camera bought last summer. Each of these factors have already had an impact on the way I see and approach scenes in front of me. Interestingly enough because both the Fuji and the camera on my Nexus 4 are so slow to operate I spend a lot more time composing images and I feel freer to be more creative because I’m not shooting with my pro gear, a Nikon D800. This is absolutely counter intuitive but I feel more freedom to make mistakes, and I am unconcerned with the outcome. Who knew?!
Below are shots from Stanley Park on a 10km walk through some of the thickest fog I have ever seen in Vancouver. 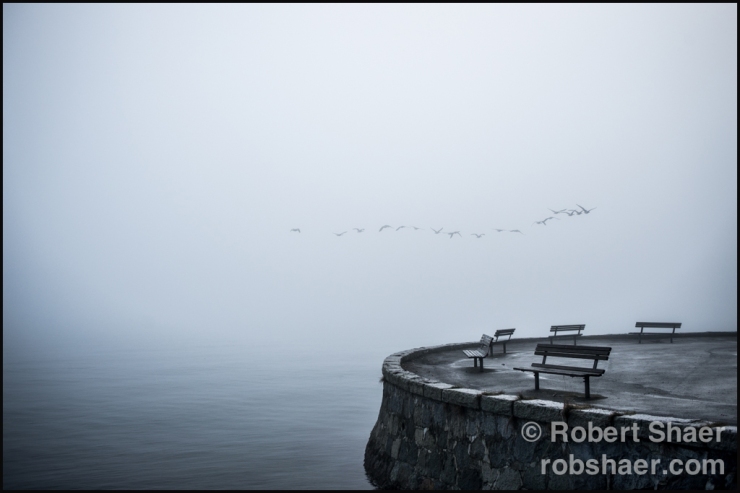 While the above images were all made with the Nikon D800 and a 35mm f2, this last image was shot with the Fuji XF1 and toned in Lightroom 5. I have been using the Fuji more and more lately and have been having a blast.

Don’t forget, I’d still like to see your food photos. I’m giving away a signed copy of Hana Dethlefsen’s collection of Japanese home favourites, and you have just less than three weeks to show me your stuff!