“Ultimately photography is about who you are. It’s the truth in relation to yourself. And seeking truth becomes a habit.” – Leonard Freed

Several months ago I came across a name on the internet, as one is apt to do. On Facebook or Twitter or one of the photo blogs that I check in with from time to time I found Vivian Maier. Which is to say a lot given that Vivian died in 2009 and lived a life of obscurity as a nanny to Chicago area families for nearly 40 years. She was not well known to the families she cared for and she remained unknown as a photographer till a couple years after her death. What is remarkable, and the reason why she has exploded in the world of photography, is in her lifetime she shot more than 100,000 frames of film at the time of her death her negatives filled box after box with boxes still of 700 rolls of undeveloped film.

A few days ago I had the chance to see the documentary Finding Vivian Maier in a small, sold out, theatre in Vancouver. It is a story of her life, as well as it is known, and it is the story of her discovery as a photographer. An author, John Maloof, in seeking old photographs for a book project, purchased a box of her negatives at auction in 2007. It took a few days to really get into the work, but once he did, he was able to recognize he had found something remarkable and started sharing his find with the world. In 2009 he launched a blog, Vivian Maier – Her Discovered Work and the world started to take notice, and Vivian took hold of Maloof’s professional life.

Maloof’s film presents Vivian as he discovered her through the people who remember her, the children she cared for, the families she worked for and what developed was a slightly disturbing portrait of a women driven by her obsessions whose behavior became increasingly erratic as she aged. Vivian was intensely private, and though she often photographed the children in her care it is uncertain whether these photos were ever shared. She walked a lot, and photographed what she saw with an alarming clarity; the best of her work perhaps comparable to the street photography of Henri Cartier-Bresson and akin, more locally, to the photography of Fred Herzog.

I’m not writing to summarize this film, rather as an invitation to seek it out. Vivian’s photography is revelatory and although she spent so much of her life creating portraits of others, her own was often incomplete even to those who knew her best. We traverse life meeting those with shared interests and colleagues with similar ambitions but I wonder how complete these pictures are. In an era where the capture of an image comes with increasing ease it is too simple to reduce photography to the press of a button or the activation of an app. There is certainly more to a photograph than what it portrays and there should be no doubt that there is more to a photographer than the act of making a photo. In the end there maybe as many stories going on behind the lens as there are unfolding before it.

What a fantastic find this morning on Twitter; Photojournalist Steve McCurry shooting the last roll of Kodachrome featuring faces in New York, Istanbul and India. While I will let the video, and McCurry himself, tell the story of this project I will say this is a fitting send off to a film that set the standard for decades and decades. I am ashamed to say that I have never shot a roll of Kodachrome, and I never will. By the time I was getting into photography I was largely using whatever film I could afford. I do feel that I have missed out on something special and as McCurry describes having nearly one million Kodachrome slides in his archive and their durability I wonder about the legacy and staying power of our digital archives. Somehow jpg files on a hard drive or burned to a DVD lack a certain magic. Somewhere in one of my closest is a slide case with a few hundred Kodachrome slides shot by my father on a camera identical to the camera I learned to shoot on. At some point I will have to get organized to digitize these slides before I loose the option and loose that part of my childhood.

Kodachrome isn’t just an element of our popular culture, but it was a mechanism used to record what would become our history, and indeed it did. Author Neil Sheenan suggests that “Photographs are the images of history rescued from the oblivion of mortality” and I agree. I believe that our understanding of the last one hundred years will be shaped by largely what we see in photographs the way the previous one hundred years is largely understood by what was read and perhaps the next one hundred years will in turn be understood through what we watch. Perhaps this National Geographic video is a perfect segue between these mediums.

American Photo has also included a list of E Books with Getty Image’s Year In Focus at the top of the list. This is Getty’s 2012 showcase of highlights in photojournalism, from the Arab Spring to royal weddings and sports events and is available FREE! at iTunes. Definitely worth a look.

A few weeks ago my friend Jane stopped by for a portrait session; looking to update some of her web presence it was also time to update her profile photos. Jane arrived in full cycling gear and carried her bike up to my second floor apartment (and makeshift studio) and after a quick change we started to make some frames. Some photographers excel at making people comfortable in their view finders, I have to work at it. This is one of my favourite images from our 90 minutes and is Jane’s response to “Jane, tell me a dirty joke!” She claims she doesn’t know any, but her expression suggests she does. Her spontaneous and unguarded response also suggests that in that instant we broke the ice better than any good handshake or cocktail could

When I googled “How do you relax a portrait subject?” more than 3 million results came back and topping the list on three or four of the sites that I looked at were, engage the subject, relax yourself, no touching and show your work. I like to show my work, but I think I will try asking the subject to tell me a dirty joke a few more times before I rule it out.

Phillipe Halsman (1906-1979) was a master portraitist and had a bag of tools to “unmask” his subjects from their characters or public personae. Photography Critic Owen Edwards, in a 2006 article about Halsman for the Smithsonian Magazine described portraiture as “one of the greatest challenges in photography, because the human face is elusive and often mask-like, with practiced expressions for the standard range of emotions.”

While Halsman was an accomplished photographer and photojournalist with more than 100 Life Magazine covers to his credit, he may be best remembered for asking his subjects to Jump. Starting in 1952 and continuing for six years, Halsman closed his portrait sessions by getting his subjects, including Richard Nixon, Marilyn Monroe and the Duke and Duchess of Windsor, to jump and in that moment reveal their true selves. It would be difficult to overstate Halsman’s gift of revealing his subjects, and I can only imaging what a difficult ask it was to make with some of the more conservative or self conscious personalities he photographed. Photographers today owe something to Halsman even if they have never heard of him. We owe him for being innovative and inspiring spontaneity in what could be a rather stayed exercise and I think we could all try a little harder to do the same.

It has been a busy week. Last weekend I spent Saturday afternoon with Sam and Alex followed by an early morning in Stanely Park shooting a running event and the week fell away from me from that point on; I know it was a little over a week ago that these images were made, but it feels like a month. A week later I am coming off another busy weekend having shot and edited images of a press conference for The University of British Columbia Midwifery Program with my photos turning up on UBC & BC Government websites and a cycling event in Coquitlam which raised nearly $100,000 for the local Hospital Foundation. These past two weekends were book ends to a week filled with much thought and conversation about photography, personal projects and reasonable rates to charge new clients. This personal work, these pictures of Sam & Alex and the others before them, is a way for me to investigate and explore the relationship between subject and photographer and how I want to approach portraiture in the future. It is a definitely a process to learn when to direct and when to observe and I have always been stronger at observation than direction. It was great to see my friends warm to having a camera present, from an initial unease, to something more relaxed and comfortable.

I am on the lookout for subjects in the Vancouver area, let me know if you’d like to be part of my personal project. 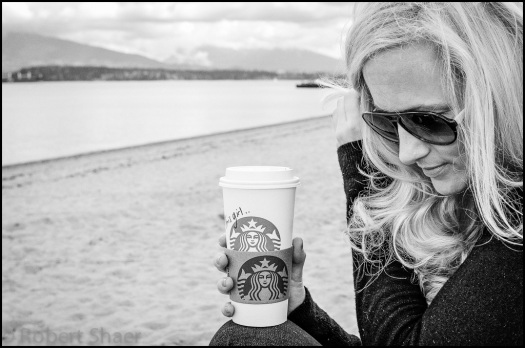 In looking at Portraiture, I want the image to read like a movie trailer, or the descriptive blurb on the back of a novel. My best ambition for any portrait I make is the suggestion of a story, something to make the viewer believe that there is something going on beyond the colour, composition or technical exercise of making a photograph; it is the reveal that there is more to the subject than just what the eye sees. I have shot dozens and dozens portraits for newspaper clients, and more often than not, those images were illustrations of written stories. I have been approaching these images with greater deliberation. Locarno Beach may be a cliche place to take a picture, but when asked for a place that had meaning for her, it was Jennifer’s first thought. I believe the places that have meaning for us are an important part of our story and their inclusion in the process contributes to the reveal.

If you are in Vancouver, or in the area, I’d love to hear your story and make your portrait. 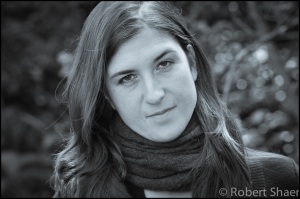 I am returning to some Personal Work that had a false start a few years ago. Until I can decided the on the project’s specific goals or parameters the working title remains The Portrait Project, ok, so not that original or creative, but I’ve always felt that portraiture has been my weak point and something that I need to develop. Yesterday I connected with an old friend, classmate and neighbour, Saskia, and we shot several frames in the back garden of her mother’s house while we spoke about the complexities of photography, returning ‘home’ to Vancouver and the finer points of preparing Sushi. My ambition with this long term work is to both develop my skills, but also to create a volume of stories.